Before we tell the world how much we love using Sylius, first off we should explain what exactly Sylius is.

Sylius is an e-commerce platform built using the Symfony 2 framework.  It is still in it’s early days and as such it is not as feature rich as some other e-commerce platforms such as Magento, however it is getting there and does already have most of the features you would expect from an online shop.

Why we love it and you should too

Sylius is built on top of Symfony 2 and as such it is built in a much better decoupled way that other e-commerce platforms.  This makes development much more enjoyable and it allows you to easily plug in any number of thousands of Symfony 2 bundles into your project (as Sylius has already done).  As you can imagine this can speed up development time a lot.

Also Sylius has been built using BDD / TDD methodologies.  This make it great to learn from a developers perspective and it allows for faster development through automated tests.  As uncle bob says “The only way to go fast is to go well”.

With Sylius being so young, it is at a great point in its development to make some contributions.  Here and here are a couple I have made myself.  Easy once you are involved and enjoyable.  There is also plenty to get involved in with regards to new features.  Simply find the repository and get involved.

Sylius is also being used in production environments already.  One such project we have built using the framework is PrecisionCodeWorks, an e-commerce store for purchasing ECU tuning file credits.

Out of the box Sylius is also quick to setup.  If you compare it to the amounts of XML for example within Magento, it is much faster to get up and running.

We often find ourselves setting up WordPress infrastructures and so I thought it would make a good article to discuss some of the processes we often go through in order to either setup a server or migrate an existing WordPress website. 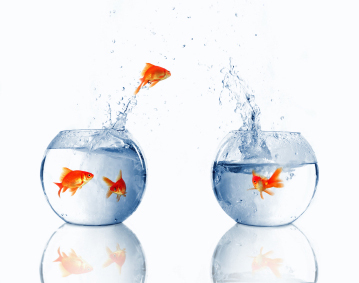 There are many ways to get your data from one WordPress instance to another, however when we are migrating a WordPress install, we prefer the following.

We always access Linux servers via SSH.  This gives us access to the MySQL terminal client.  In order to get a database dump of the current website, we usually use a command such as the following, which create a database dump which we can use later on:

The above command will create a file containing the database dump of the “wordpressdb” database within MysQL.  The basics of the command are:

One you have produced a MySQL dump for your WordPress website, depending on it’s size you may wish to compress it as we will be sending it over the internet to either your client machine or direct to the new server you are setting up.  To do this you could use a command such as the following:

This will compress the file producing a file named wordpressdb.sql.gz .

Now we need to copy our file to our new server.  In order to do this we can use the “scp” command within BASH as long as you have SSH access to your new server also.

This command will send you file “wordpressdb.sql.gz” to your other server/environment specified by the user “carl” and the ip address “123.44.55.66”, in to the home directory of the “carl” user.

Once here we can then ssh into our second environment and import the database dump.  In order to do this we must first create an empty database to import our dump into:

Similar to the previous mysql command except this time we use the “-e” flag and specify some SQL to run.  In this case the SQL is simply to create a black database.

Now we can import our database dump into the database of our second server:

The above command will output the wordpressdb.sql.gz file contents and we then “pipe” this output as input to the MySQL command.  Again this is similar to the previous MySQL commands.

At this point we have our database setup and if we have our wp-config.php file configured and in place, WordPress will use this database, however if you are changing domain name (or subdomain) you may also need to run some SQL to update all of the permalinks.  In order to do this you will need to login to MySQL via your terminal client and run some SQL.

The above SQL will search through all the WordPress posts etc and replace the old website links with your new links.  So for example the above will replace “http://localhost:8888/” with “http://somesite.local/” (or in other words old URL to new URL).  After doing this WordPress should now work as expected.  You can reference this SQL here.

Again there are may ways to migrate your assets from one server to another, however the following is often how we do it.

Similar to how we copied the MySQL database dump from one server to another, we can also copy the assets in a similar fashion.  The “-r” flasg simly means to recursively copy files (all files and sub directories etc).

In conclusion, if you are familiar with SSH, BASH and MySQL this process should be very simple to replicate.  If however you are a non-techie, this article should help explain the processes involved.  If you feel you may need help with such a task, then please get in touch.  We are happy to help.